An image a day

We stay after the first dance to capture images of the atmosphere and the dancing. The guests are enjoying the party, which apparently went on until 3am... 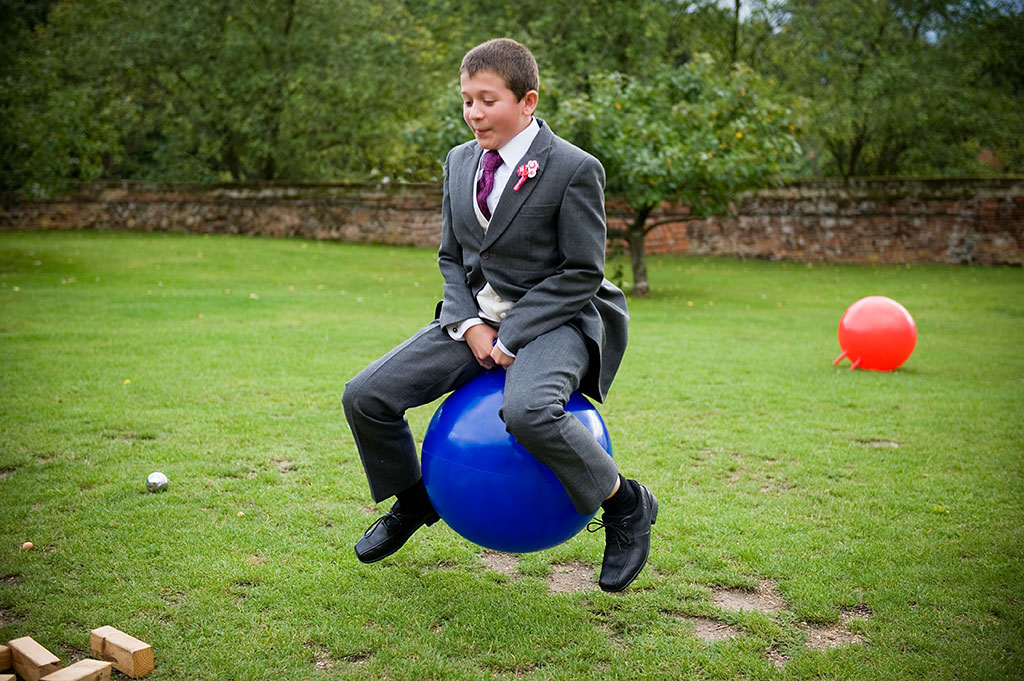 This young usher (the grooms son) was playing on a space hopper at a wedding. I took a series of images to get this one where he was mid-air. 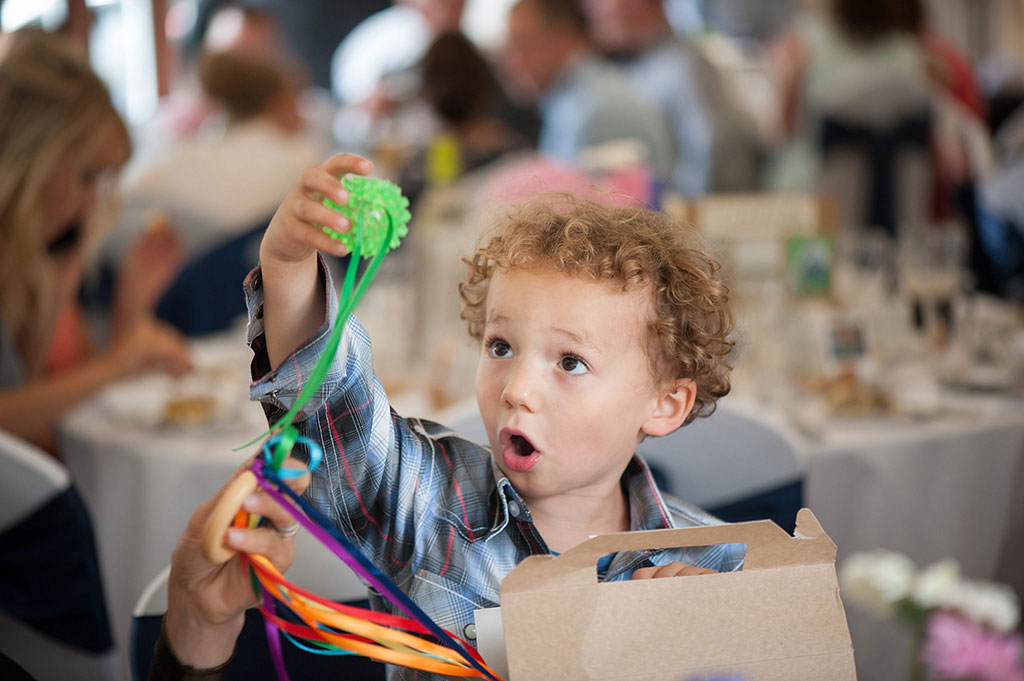 A boy look thrilled with the contents of his gift bag. Photographed at Steventon House Hotel in Oxfordshire. 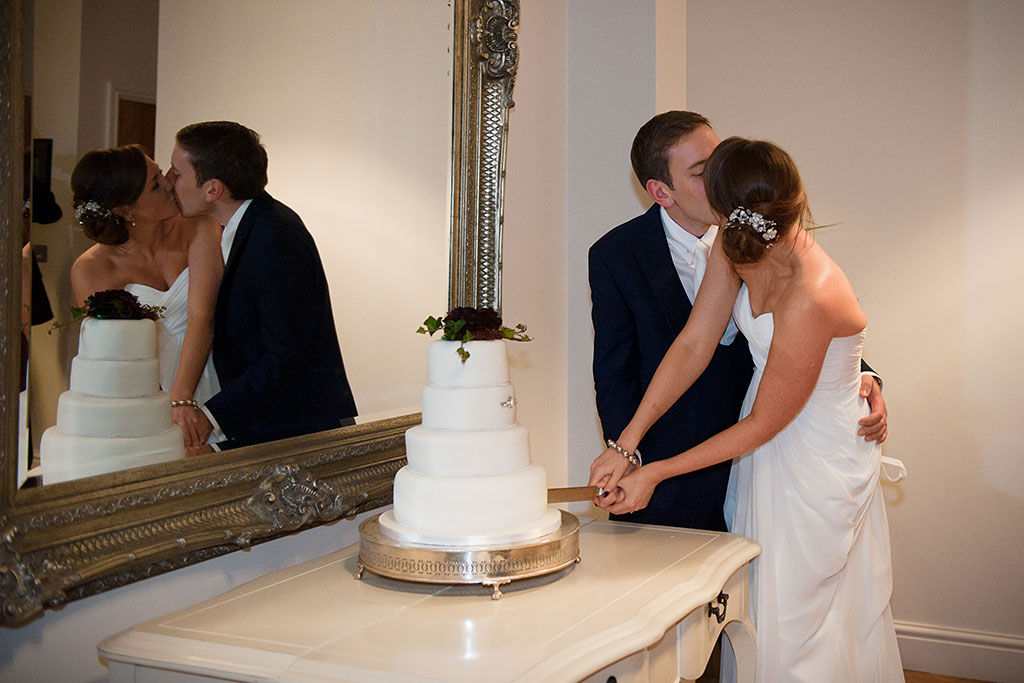 Cutting the cake at Wasing Park. Using the mirror allowed me to capture their reflections adding a bit of interest to the image. 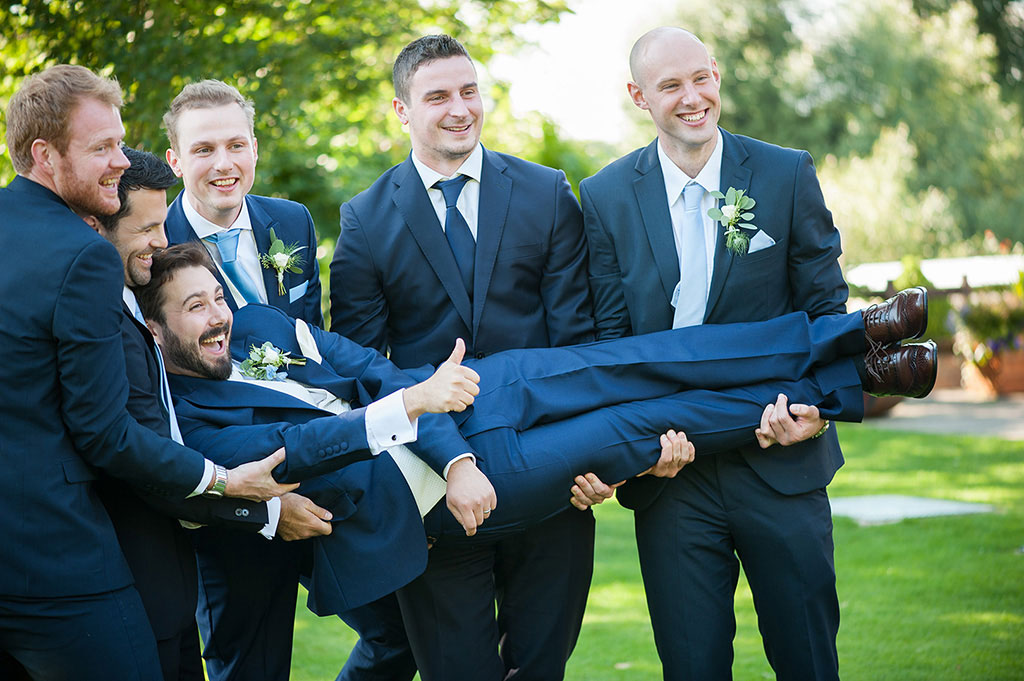 The impromptu moment when the ushers decided to pick up the groom! Captured at Queens Eyot in Berkshire. 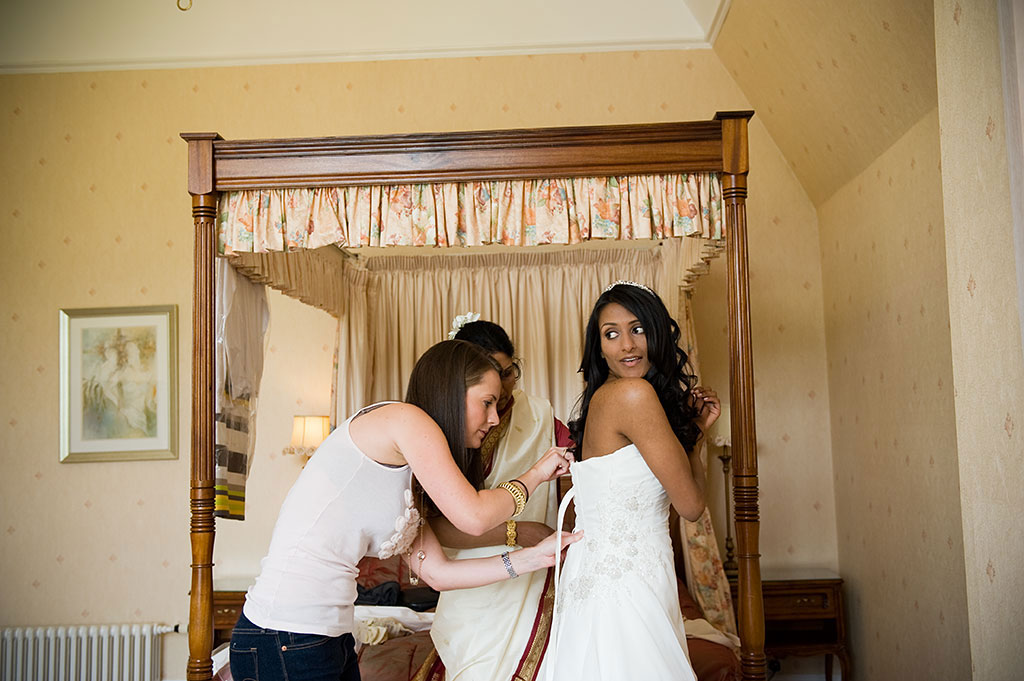 The beautiful bride is being laced into her wedding dress. Photographed at Aldermaston Manor. 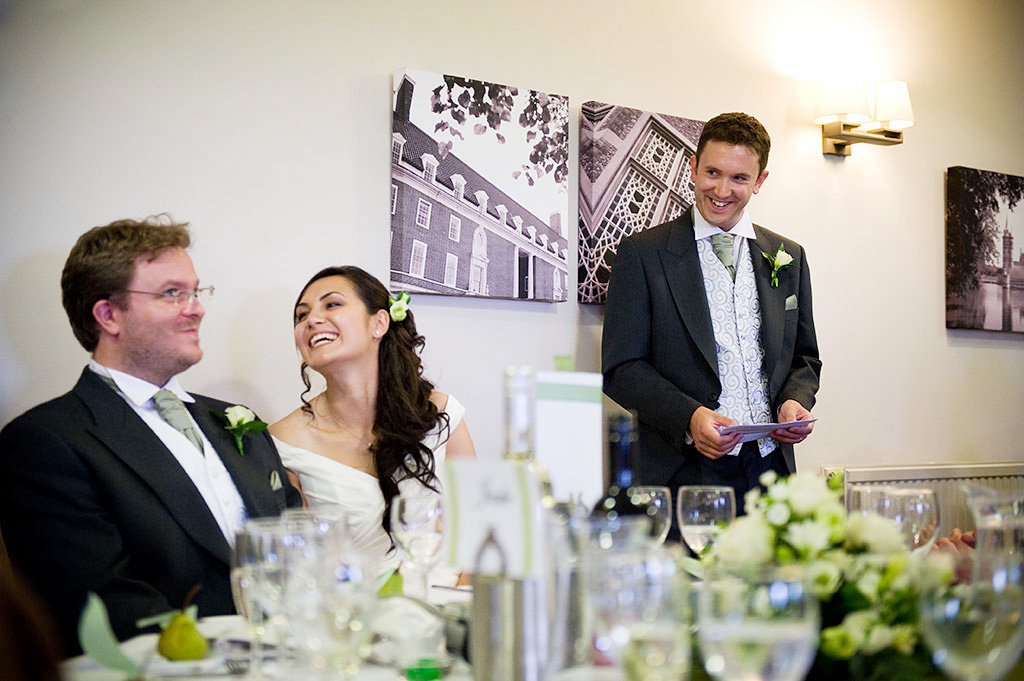 I love the speeches, where I get to find out a bit more about the couple. The best man has a cheeky grin on his face while the groom looks like he might kill him. Thankfully the bride is just laughing it off. I wish I could remember what he said but it makes for a good photo. 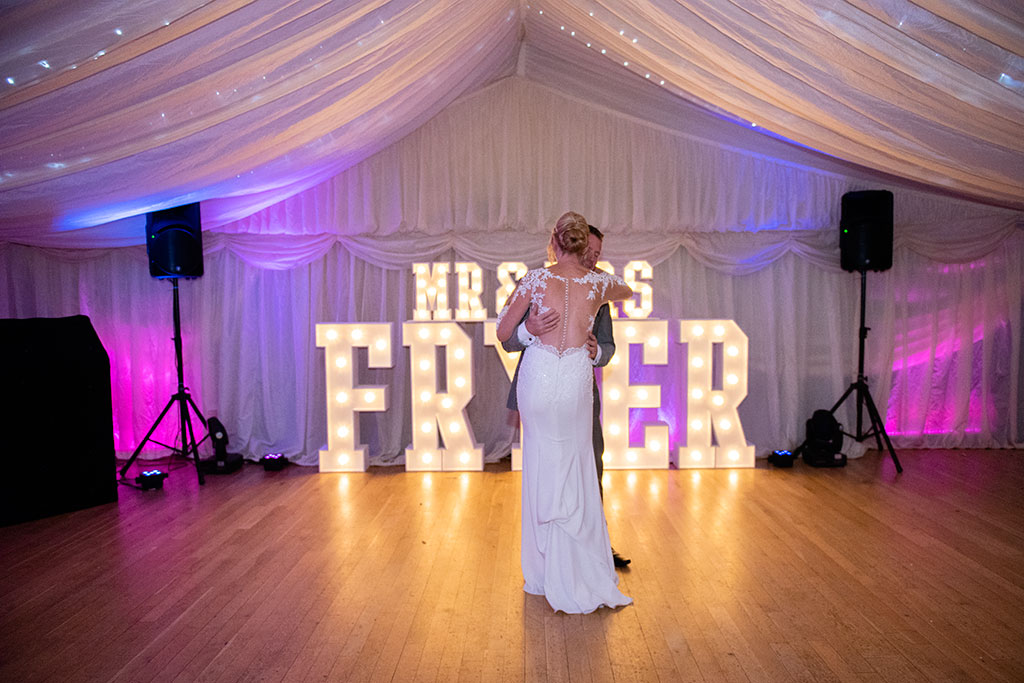 The bride, Penny, did an amazing job of transforming a village hall. The focal point was the 20ft lit up sign of their new married names - Mr and Mrs Fryer. It was a stunning backdrop to their first dance. 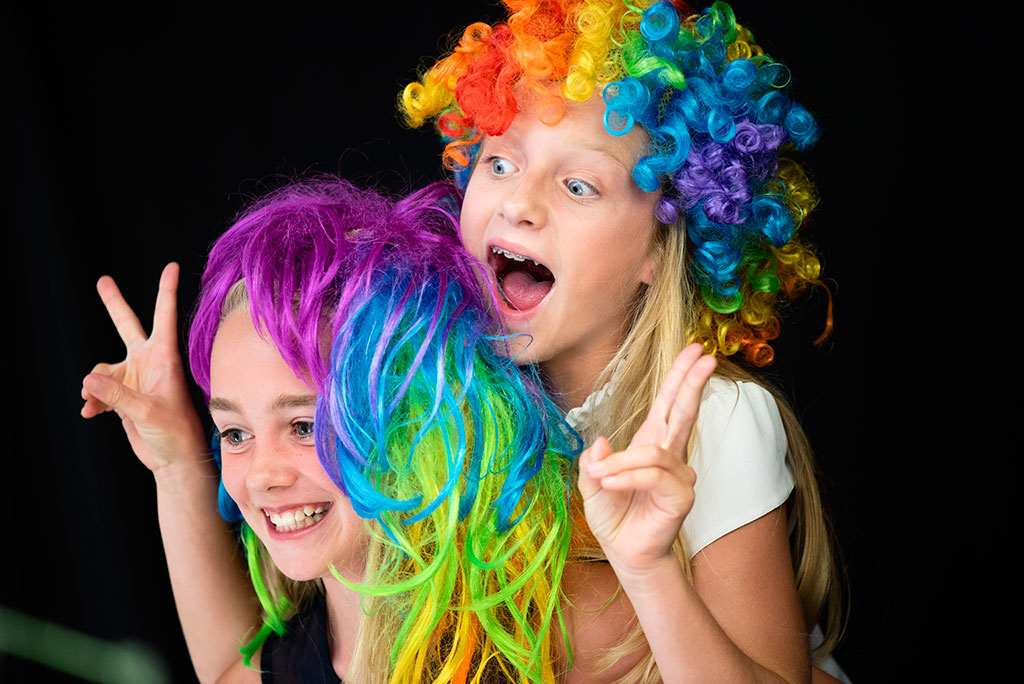 Another image from a recent wedding, the children were dressing up to have their photos taken in a photo booth. I love the bright colours and their expressions in this photograph. 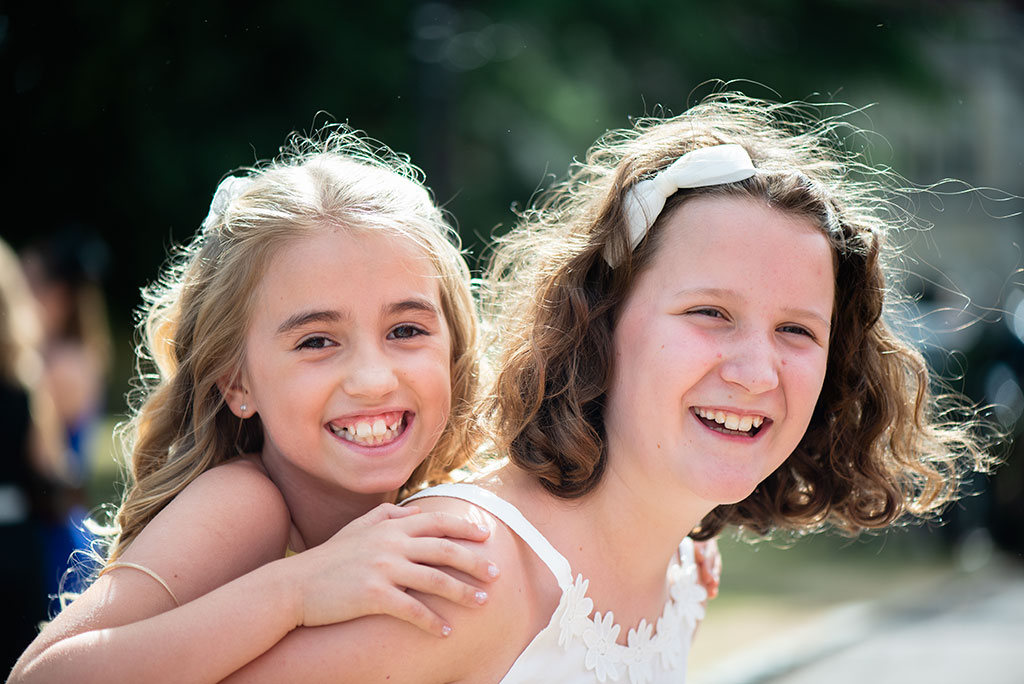 This image was taken outside the registry office, the children were playing piggy back. I used a 105mm lens to focus on the faces and their expressions, throwing the busy background out of focus.